There are several ways to install apps on the Mac. 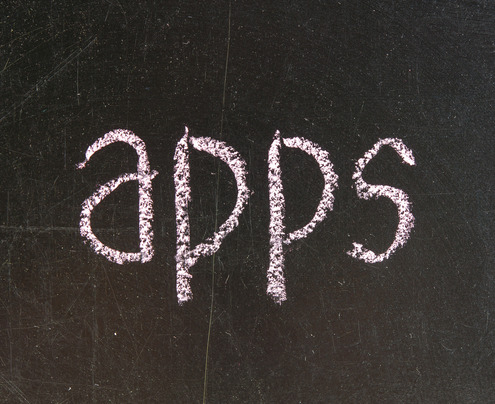 The Mac App Store is the most convenient way to install OS X software. It's also the safest, since you only need to save your credit card details with Apple or purchase iTunes Gift Cards. It's quick, and it's easy to use. Launch the App Store app that comes with your Mac and once you are logged in to your iCloud account, you can download free apps or buy paid ones. Its similarity to the iOS App Store makes it easier for iOS users to pick it up.

In addition, the App Store handles updates for you. If an app has an update, it is automatically downloaded and installed for you.

Via Developers Directly from their own web store or web site

One advantage of getting software from developers directly is that App Store doesn't support trial software. Some developers, when distributing their apps via their own stores, allow user to download a free trial version of the apps which they can purchase if they want to keep the software.

It's important to know that apps purchased on the App Store and via developer's own web stores aren't interchangeable, i.e. you can't buy from the developer directly then download an update from the App Store, and vice versa.

Software that are downloaded from web stores or web sites are made available in various forms:

Mac software is usually not distributed in installers. But when they are, they usually let you run through an installation wizard that takes you through the steps.

DMGs are Apple Disk Images. They have the file extension .dmg. For simplicity, you can think of them as similar to zip files.

Installation of apps distributed as DMGs is easy:

These are more often used by more technical users who want to use tools that are command line-based. Homebrew is the more commonly used way of managing and installing such software.

We wouldn't cover how to use them in this post, but it is useful to at least know about them.

Most apps can be removed by just deleting them from the /Applications directory. This is rare and only if an app was not installed via the App Store: if the app was installed as a folder in /Applications, browse through it and see if there's a uninstaller which you should run.