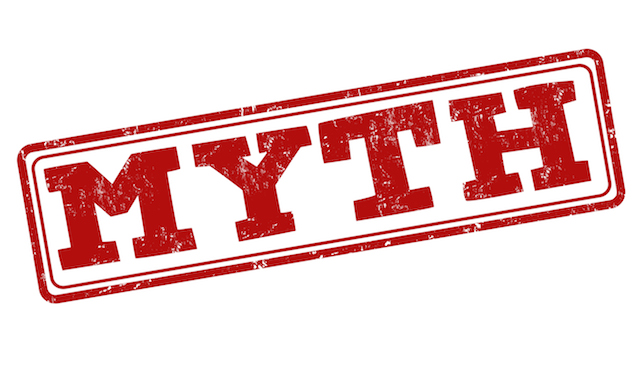 1. You have to manually kill apps, otherwise they will consume battery and memory while running in the background

This is one of the most common myths about iOS. In general, most iOS apps can’t run like they normally do in the background. When you tap the home button or switch to a different app, the previous app is backgrounded and suspended. This means the app’s state is saved and the app stops running (so it doesn’t consume battery power), but stays in memory. When iOS – usually for the currently active app – needs more memory, it will begin purging backgrounded apps to free up memory. This is automatically done by the OS.

Certain special class of apps do have to run in the background such as the built-in Phone.app, Voice-over-Internet Protocol (VoIP) for making video or audio calls or GPS apps. But these are usually the minority and you would know that you are using them.

With recent versions of iOS, this changes a little, with the addition of the Background Fetch functionality. In a nutshell, for apps that opt in, iOS will periodically wake them up so they have a chance to fetch data from remote servers. This helps improve user experience so you can launch an app and see updated content without waiting for it to load (because it has already done so with background fetch). You can disable it for specific apps in Settings > General > Background App Refresh.

Bottom line, you shouldn’t need to kill apps to consume battery and memory. iOS does it for you.

2. You need to use screen protectors

iOS devices uses Gorilla Glass for its screens. Gorilla Glass is known for its high scratch resistance. Here’s a video of someone keying his iPad.

Note that iPhone and iPad screens are coated with a oleophobic layer to reduce fingerprints and makes the screen easier to clean. This oleophobic layer might be scratched off if you aren’t careful.

The screen itself is scratch-resistant, so personally, I don’t use a screen protector. And if the oleophobic layer does get scratched – it gets wore out gradually anyway – there’s also a way to apply a layer yourself.

3. iOS has to keep checking for push notifications and this drains battery

This is an old myth since push notifications was introduced many years ago. They are efficiently managed centrally by iOS and not every app has to keep an internet connect to check for push notifications themselves. I have written more about how Push Notifications (doesn’t) affect battery life.

Bluetooth technology has evolved dramatically since the old days where they drain battery.

In short, no, using Bluetooth accessories that supports Bluetooth LE should not drain battery unnecessarily.

AppleCare for iPhone and iPad extends the hardware repair coverage from 1 year to 2 years. It’s more or less like other extended warranty programs for other products. But this has changed since for the iPhone and iPad, as AppleCare+ is offered instead of AppleCare. AppleCare+ includes replacing your device – up to 2 times, for a fee – for accidental damage. This makes AppleCare+ much more attractive especially if you have a history of dropping your iPhone or iPad. Note that you need to purchase AppleCare+ within 2 months of your device purchase.

6. Every charger is the same

This is most certainly not true. While chargers from reputable brands like Belkin should work fine. You’ll definitely want to stay away from unbranded, 3rd party chargers, since they can not only cause damage to your devices, but also harm to you. There’s also decent charging cables you can get, such as the Apple-Certified version from AmazonBasics or the original from Apple.

7. Putting a magnet near your phone destroys data on it

iPhones and iPads uses Solid State Drives (SSD) and not Hard Disk Drives (HDD) (which uses magnetic heads) more commonly used on desktops and laptops [1]. SSD has no magnetic component, so it can’t be disrupted by magnets.

In addition, HDD needs a very strong magnet to have an effect on them. You wouldn’t have that much magnetism in everyday magnets lying around the house.

8. You need to install antivirus apps on iOS

No. Check out Security Involving iOS for more details.

[1] But even this is changing. Apple Macbook Airs only offer SSD variations and all Macbook Pros have the option to upgrade to SSD. ↩